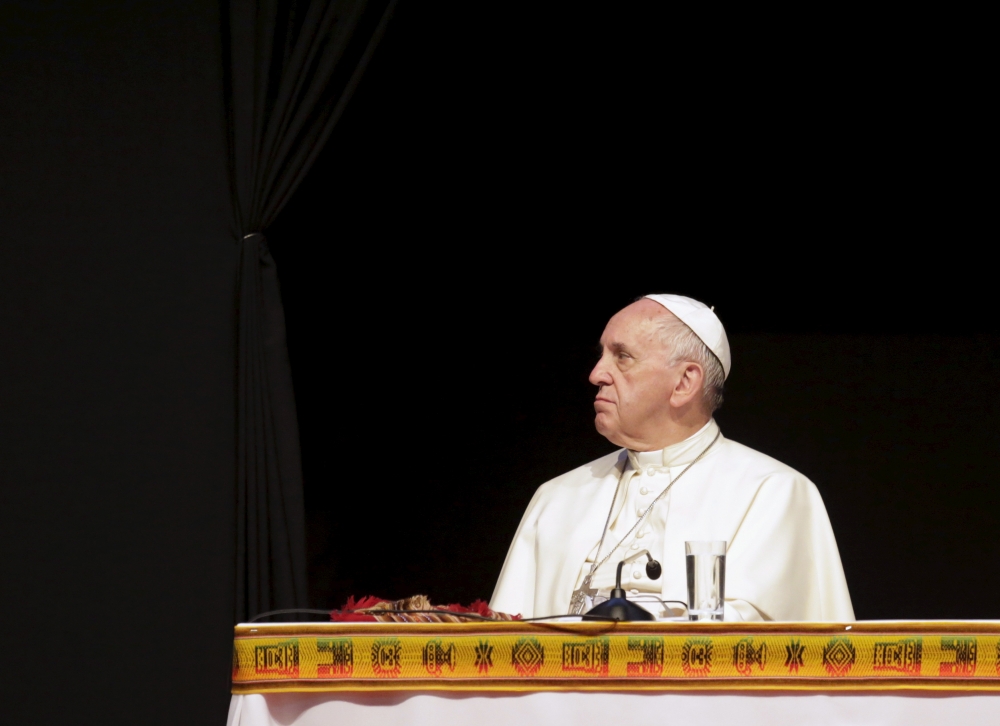 Christian Post Report – Pope Francis looks to the side as he attends a World Meeting of Popular Movements with Bolivia’s President Evo Morales (not pictured) in Santa Cruz, Bolivia, July 9, 2015. Pope Francis on Thursday urged the downtrodden to change the world economic order, denouncing a “new colonialism” by agencies that impose austerity programs and calling for the poor to have the “sacred rights” of labor, lodging and land. In one of the longest, most passionate and sweeping speeches of his pontificate, the Argentine-born pope also asked forgiveness for the sins committed by the Roman Catholic Church in its treatment of native Americans during what he called the “so-called conquest of America.”

Pope Francis has called the unfettered pursuit of money “the dung of the devil” in a strongly worded condemnation of the global treatment of poor people. Speaking on Thursday at the World Meeting of Popular Movements in Santa Cruz, Bolivia, Francis also told Christians it is their “commandment” to fight for the “just distribution of the fruits of the Earth.”

Francis, who is on a tour of several South American countries, told the Bolivian faithful that as the scientific community warns, “irreversible harm” is being done to the ecosystem, which is “brutally punishing” entire populations. He then referred to the “unfettered pursuit of money” as the “dung of the devil,” which leaves behind the service of the common good:

“Once capital becomes an idol and guides people’s decisions, once greed for money presides over the entire socioeconomic system, it ruins society, it condemns and enslaves men and women, it destroys human fraternity, it sets people against one another and, as we clearly see, it even puts at risk our common home.”

In his lenghty speech, which can be read at full on the Vatican Radio website, the Roman Catholic Church leader also said that “working for a just distribution of the fruits of the Earth and human labor” is not simply a moral obligation, but a “commandment” for Christians.

“It is about giving to the poor and to peoples what is theirs by right. The universal destination of goods is not a figure of speech found in the Church’s social teaching. It is a reality prior to private property. Property, especially when it affects natural resources, must always serve the needs of peoples. And those needs are not restricted to consumption,” Francis continued.

“It is not enough to let a few drops fall whenever the poor shake a cup which never runs over by itself. Welfare programs geared to certain emergencies can only be considered temporary responses. They will never be able to replace true inclusion, an inclusion which provides worthy, free, creative, participatory and solidary work.”

American Catholic priest James Martin said in a Twitter message that Francis “just used the strongest language I can remember a pope using about the rights of the poor and of social justice.”

While the pope has been accused by some conservative commentators, such as American radio host Rush Limbaugh, of promoting Marxism, Francis has insisted in several speeches that his remarks on the poor have nothing to do with politics.

He added, however, that “poverty is at the very center of the Gospel: If we remove poverty from the Gospel, no one would be able to understand anything about the message of Jesus.”

“It is fundamentally in the hands of peoples and in their ability to organize. It is in their hands, which can guide with humility and conviction this process of change. I am with you,” Francis urged.

“Let us together say from the heart: no family without lodging, no rural worker without land, no laborer without rights, no people without sovereignty, no individual without dignity, no child without childhood, no young person without a future, no elderly person without a venerable old age.” 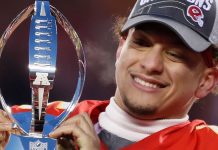 Chiefs and 49ers will play in Super Bowl LIV: Dr. Martin Luther King Jr. and the cultural leverage of excellence

Five Reasons God May Be Calling You to Church Revitalization